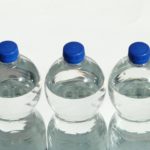 Microplastics is not only on everyone’s lips, but also in every plastic packaging. This or similar is what many current headlines are about the littering of seas, forests and even food.

In addition, various NGOs, environmental organisations, the media and politicians are making efforts to instrumentalise the topic of microplastics for the displacement of plastic from our lives as a whole.

But what is microplasty, how dangerous is it and where does it come from? Unfortunately, many facts are often lumped together and confused. For example, the floating Rewe bag in the Rhine has no influence on microplastics for the time being. To do this, it must first be ground over a long period of time by the sun and movement into such small particles of 1 – 500 µm diameter. By way of comparison, the average thickness of a human hair is described as around 80 µm. Microplasty is therefore microscopically small, but well detectable. The difficulty in analysis is rather to determine the so-called blank value – i. e. a measured value for “zero” – for the content of microplastics in a sample, as microplastics can be found everywhere in the air, water and soil.

There are two types of microplastics: type A, which is used as microplastics (e. g. in creams) and type B, which is produced when plastic is used, consumed and disposed of.

Type B is then divided into 2 subgroups: primary (due to abrasion or during use) and secondary (ground and decomposed by chemical and physical decomposition processes, for example by UV light).

Where does microplasty come from?

Today we know many sources of microplasty. A list of the most common sources can be found here.

Among the top 5 sources there are no packaging sources. The list is led by:

The Fraunhofer Umsicht Institute thus comes to the following conclusion:

Type B primary microplastics (microplastics produced during use) are more relevant than type A regarding the quantity emitted; elastomers make up most of the microplastics;
Traffic, infrastructure and buildings emit the largest quantities.

Where does microplasty occur and how dangerous is it?

Basically, microplastics can be found almost everywhere. No matter whether you analyse water, air, fish, mussels or arable land, microplasty can almost always be detected. Also here, the smaller a particle is, the easier it can be absorbed by the human organism. This concerns in particular particles smaller than 50 µm. As research is still in its infancy, no toxicological evaluation can be carried out at all. There is a lot of work to be done by the relevant laboratories. The vernacular would say: “This is probably not good…”.

What influence do packagings have on microplastics in food?

We know today that mussels, for example, are enriched with microplasty. It is unclear whether this poses a danger. However, it is clear that the plastic particle content of the mussels is negligibly low (123 particles/year) compared to what is released through the air at each meal (up to 114 microplastic particles per meal).

Different packaged mineral water were examined in a study of the chemical and veterinary investigation office Münsterland-Emscher-Lippe.

Mineral water from 22 different returnable and disposable PET bottles, from 3 beverage cartons and 9 different glass bottles was investigated. Microplastics in the small (50 – 500 µm) and very small (1 – 50 µm) size range were found in all types of packaging. About 80 % of all identified particles belonged to the smallest size range of 5-20 µm.

Here the disposable bottle and the beverage carton seem to be much more advantageous.

To date, there is no evidence that microplastics pose a risk to human or animal health. Microplastics can absorb toxins and release them into the body, even if it is excreted itself. Microplasty in food is much smaller compared to contamination by air while eating. Disposable PET bottles are less contaminated with microplastics than returnable bottles. Plastic packagings also always introduce microplastics into environment and food. Plastic in the environment adds up year after year and can become a time bomb. The contamination of the air by traffic and waste disposal must be given priority in the fight against microplastics.